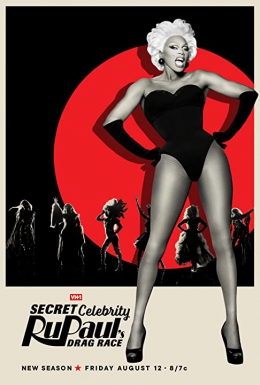 Info
RuPaul's Secret Celebrity Drag Race is a four-episode makeover/reality competition spin-off of RuPaul's Drag Race. It premiered on April 24, 2020, on VH1. Twelve celebrities will be made-over and mentored by former contestants of the series to win the title as well as funds for a charity.